In communities and schools, the well-known game kulai kulaiyaai mundirikkai is still played. Children learn how to avoid cheaters and complete things covertly by playing this game. In order to scam others in this game without being discovered, players must exercise caution. 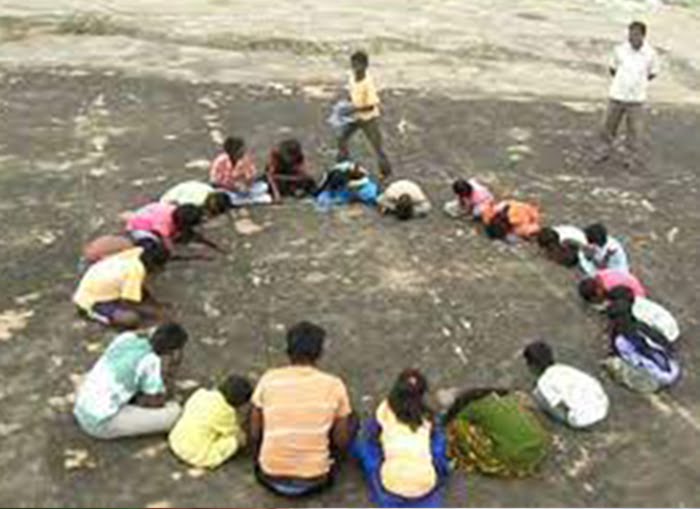 Play area mainly depends upon the number of Players

All the players need to sit in a circle inwards seeing each other.

One player is  chosen to be the ‘out’ person. ‘out’ person is select by any choosy method.

The ‘out’ person should take the rolled towel and run around the circle formed by the players.

If the player sitting in the circle doesn’t know that the towel is behind him the ‘out’ player running should come and pick the towel and hit the player in his back and give the towel to him and ask him to run, and he sits in that place.

Players sitting in the circle who noticed the towel is dropp behind a player should not say it to the concern player.

The player who is running with the towel will sing ‘Kulai kulaiyaai mundirikkai’ as a question and the players sitting in the circle will sing ‘Nariya Nariya suthi vaa’ as an answer to the question. All the players have to sing at the time they run.