Hide & Seek game – Playing hide-and-seek, an old and well-liked game for kids in which one player hides while the other players close their eyes for a short time (often counting to 100). The seeker then attempts to locate the hiders when he opens his eyes; The next seeker finds the first one, and the round’s winner is the last one found. The hiders attempt to return to “home base” in one of the game’s variants while the seeker is away looking for them; The seeker continues as a seeker in the subsequent round if all of the hiders return safely.

The game is played in different ways in different places; The people the seeker finds may occasionally assist him. Alternately, as in sardines, where the hider is joined by seekers covertly as they find him, the game’s name comes from the crowded hiding place, only one child hides and is sought by the rest. Hide-and-seek appears to be similar to the game apodidraskinda, which was first described by the Greek writer Julius Pollux in the second century. Kryfto is the name for hide-and-seek in modern Greece.

People from all over the world play the game. The game is known as el escondite in Spain, jeu de cache-cache in France, machboim in Israel, sumbaggoggil in South Korea, and de-av-ati ascunselea in Romania. Hide-and-seek is known as tuja (Bolivia), escondidas (Ecuador and Chile), and cucumbè (Honduras and El Salvador) throughout South and Central America.

The game can be played in a variety of ways. For instance, Igbo children in Nigeria play oro, which is a variation of hide-and-seek and tag in which one player stands in the center of a large circle drawn in the sand and commands the others to hide. The seeker then exits the circle, locates the other children, and then pursues them, forcing them to retreat into the circle for safety. The next seeker must be the child touched before the circle. 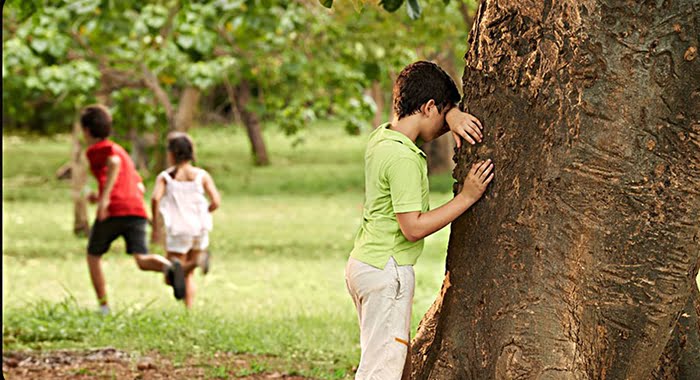 The classic game of hide-and-seek has been played by children of all ages for centuries. Playing a facial form of hide-and-seek with children from a young age is a natural instinct for parents because it teaches children about attachment and detachment in a safe and caring environment. Despite the psychology, the outdoor game fosters great interaction between children, is simple to play, and never gets old.

This one probably doesn’t need any introduction, but just in case, here we go. One individual is “on.” They stand and count to a predetermined number. The rest of the group hides. The person who is on then announces, “Coming to find you!” and goes in search of them. You are taken to a waiting area until everyone else is found when you are found.

Children’s enthusiasm for a sense of danger and being temporarily lost or hidden is tapped into by this game. Hide and seek is a risky form of play in which children can get lost. They are excited by this. Here, you can find my complete guide to 25 examples of risky play.)

How to Play Hide And Seek?

If you have younger children, you can play this right inside the house. When you hide and the little ones find you, they laugh in delight.